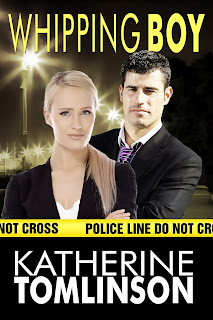 I write short stories.
In fact, I write SHORT short stories.
Up until last month, the longest story I'd ever written was my entry in Paul D. Brazill's Drunk on the Moon compilation of stories set in his Roman Dalton world. I think it topped out at a little ore than 5K. I am in awe of my friends who find it easy to whip out 70 or 80K in a month or two, and think nothing of writing a novel every few months or so.
For me, writing at length is hard. (Well, I suppose if it were easy, everyone would be doing it.)
But Whipping Boy is a story that's been percolating for a long time. The protagonist is an L.A. criminalist named Lark Riordan, whose father Jack is an actor who has recently been nominated for an Academy Award for his performance in a "come-back" role. Lark's low-key love interest is a homicide detective named Max Siwek, who is also her stepbrother. Yes, it's complicated, but the book isn't a romance, it's a mystery. It's also a longish novella, coming in around 45K right now as I begin my final edit before handing it over to beta readers. I'm rather pleased with the book, and now that I know I can actually write something that's longer than 1200 words, I am back to working n Misbegotten, my long-in-development novel about paranormal L.A. and the crime reorter who chronicles illegal doings in the city.
i have a few thousand words to go before it's a novel, but it's getting there. the cover is by Joy Sillesen of Indie Author Services.
Posted by Katherine Tomlinson at 4:05 PM