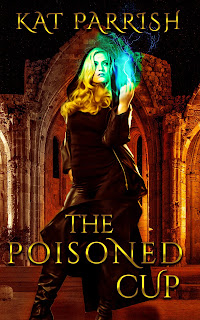 In the end, people blamed me for the fall of Camelot and the end of the British monarchy. As if one woman could do in a thousand days what a thousand years of war, murder. Family feuds, and anti-royalist sentiment could not. Those who blamed me conveniently forgot that when Arthur took the throne, he inherited a kingdom already in disarray. The Brexit mess had weakened the economy, fractured the United Kingdom, and left his subjects demoralized and unhappy. They needed a scapegoat, and they chose me for the role.
It wasn’t even personal.
Royals have traditionally been a focus for “civilian” discontent, and in many cases, understandably so. Royals were rich, after all, and therefore had no idea what it was like to live paycheck to paycheck or work more than one job just to be able to afford the basic necessities.
It grated on the public when a royal—usually some dotty dowager duchess—was praised for being “hard-working” when the work involved was mostly smiling pleasantly while listening to a boring speech about some issue of little practical concern to anyone outside the room. After all, no one wants to hear the extinction of the skylark when their own jobs are in danger of disappearing even sooner.
And it didn’t help that the royals were always so ubiquitously on display, with the press and the bloggers feverishly covering their every move, recording their every utterance, and memorializing their every fashion faux pas. And even then, in the face of nearly universal mockery, it took forever for the “fascinator” fad to die. I never could understand how a grown woman could wear something that looked like a toddler had made it out of pipe cleaners and keep a straight face. Or those silly flat hats that are tilted at such an acute angle that they looked like tiny alien spaceships had just landed on the royal coif.


As a fashion designer myself, I always had problems with the overall royal “style,” but I never dragged anyone for it because I knew the women were stuck with all sorts of silly protocol, and not just practical rules like carrying purses in your left hand to keep your right free for handshakes and waves.
My best friend Suze, who is simultaneously fascinated and horrified by all things royal, used to send me links to articles like, “36 Unexpected Fashion Rules the Royal Family Must Follow.” It was a lot more amusing to read them before I was an actual member of the royal family.
Or as my cynical friend Jimi used to say, “Fresh meat.”
Tired of the boring, well-done hamburger of the royals they were used to, everyone pounced on me like I was a rare filet mignon. I couldn’t really say I wasn’t warned. It wasn’t like I didn’t know what I was getting into. I’d been around celebrity culture long enough to know how these narratives go. And the “commoner marries the prince” is one of the most potent stories of all.
At first, people were charmed that a plucky American businesswoman had caught the eye of their favorite playboy prince. We were photographed everywhere we went—to the point where it began to seem like we were the twin leaders of some freakish cult. And that was the “honeymoon” phase. Soon enough, we all moved on to the second phase.
Like a jealous mother, the public had their notion of who a perfect mate for Arthur would be. And their standard was so exacting, there was no way a woman who could possibly live up to their expectations and be “good enough” for “their boy.”
They’d watched him and his older sister Anna grow up after all—seen him morph from a cheeky kid in short pants to a brooding teenager to a thoughtful adult who still enjoyed a bit of fun.
So long as the public thought I was just the girl du jour, everything was fine. But early on, royal watchers sensed that there was something different about our relationship, that it was more than serial hookups. And suddenly, a new narrative was born, one that cast me in the worst personal light.
I was body-shamed for wearing a size fourteen dress and size eight hoes, and criticized for coloring my hair, something I’d been doing since I was twelve and decided I wanted more fabulous hair than the lank dishwater brown I’d been given.
Then there were the snarky “intellectuals” who thought it would be amusing to mock my education, or lack thereof. I hadn’t gone to college because I was already working but over the years, I’d read a lot to fill in the blanks my schooling had left, and picked up a working knowledge of French, Italian, and Spanish to work with my suppliers and employees.
I was slammed for being part of the “landlord class” because I ran my own company. My bank accounts were hacked and spread all over the tabloids with comments about how much I spent on travel, and comments about how large my carbon footprint was.
It was useless to protest that I bought carbon offsets, or that I was traveling for work, so I just ignored the criticism. Which of course, only made it worse.
I tried really hard not to take it personally, but the negativity was relentless.
And then there was Lancelot. Nobody blamed Lancelot. Not really. Decades into the 21st century there was still that notion that “boys will be boys” and that bad behavior was just to be expected.
After Arthur was “off the market,” Lancelot became everyone’s favorite royal-adjacent bad boy. He combined the charisma of a movie star with the sexy athleticism of a soccer star, and there was that tinge of French in his accent that seemed to drive people wild. And not just the ladies.
And while he was a lot more than just a pretty face—so very much more than that—people were willing to forgive whatever sins he might have committed because he was Lancelot.
It was much easier to demonize me. I was pilloried as the instigator, not just a homewrecker but eventually a monarchy-wrecker as well.
It’s possible I could have outlived this reputation. After all, a real royal homewrecker had once become one of the most popular royals ever. It’s possible if I had any desire to return to England I could be rehabilitated too. But I can’t return to Camelot. Camelot is dead.
And the truth is…when you come right down to it, it really was my fault. Yes, Morgaine had a hand in it, and Mordred too, but in the end, it was me who handed Arthur the poisoned cup, it was me whose magic went awry. It was me who killed the dream.
Even now, remembering what happened is a feeling perilously close to drowning. I have to resurface in stages like a deep-sea diver, so I won’t get the emotional bends. And because memory is mutable, and unreliable, and fragile, I can no longer trust my own recollections.
And so, I have written this story to try to pin those memories down like butterflies, locking them in place even as they desperately try to change shape and fly away.
Others have told their story and some of them have mentioned me.
Now it is my turn to tell the story.
This is what I remember. Make of it what you will.
Judge me if you want.
Pity me if you can.
But take away the one truth that is not subject to the treachery of memory.
I loved Arthur.
Want more? Pre-order Playing With Fire here for only 99 cents. Plus, get your bonus goodies!

Posted by Katherine Tomlinson at 11:39 AM