Born in Lisboa, Portugal to parents of Portuguese/Russian descent, Veronica Marie and her partner of seven years and wife of four years, Christina Anne, are "still very much on honeymoon!"

When not teaching, Veronica writes noir and crime fiction. She has been published in Pulp Metal Magazine, The Lost Children: A Charity Anthology, the horror anthology 100 Horrors, from Cruentus Libri Press, Katherine Tomlinson's Nightfalls: an End of the World anthology, Drunk On The Moon 2: A Roman Dalton anthology, Gloves Off: Near To the Knuckle's debut anthology, and Lily Childs' new horror/urban fantasy anthology, February Femme Fatales, which went "live" on Amazon on 8 February 2014. She has also appeared in the inaugural issue of Literary Orphans magazine. 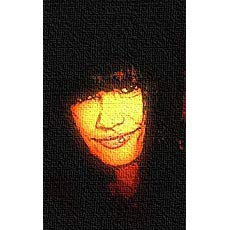 What is the first piece of writing you ever sold and do you remember how much you got paid for it? Once I decided to let the world see my writing, I jumped right into anthology submissions, mostly charity anthologies; I liked the idea of my words helping others. I haven’t given much thought to submitting to a publication or online entity for pay, although I see Switchblade is doing an open submission call during the month of February.

You primarily write short fiction. Is there a novel in your future? Definitely! Or a series of novellas; I’ve been tossing that idea around too. My novel is a contemporary/noir crime fiction, whose main character is a female lesbian police detective – Aimee Belanger. Aimee has a past… don’t we all… and balancing that against her new career in law enforcement, coupled with her sexual identity and ‘help’ from a sometimes ally – an eight-hundred-year-old lesbian vampire - presents a unique set of challenges.
Do you have a writing ritual? A schedule? Or do you just grab the time where you can? I don’t really have a set schedule. I try to write in the morning, but if I am not getting anywhere, I will set it aside and come back to it in the afternoon/evening. My morning ritual is a five-mile run to start the day, coffee, and morning pages… in that order. Then I hit the shower and settle in for the serious writing – memoir, Aimee novel, or special project. I will write for a few hours at least, more if I am really on a ‘roll’. I don’t write to a word count - I must finish a scene; I can’t stop in the middle. I try not to get in to a schedule too rigid though and unintentionally ‘train’ my brain to write only at certain times. 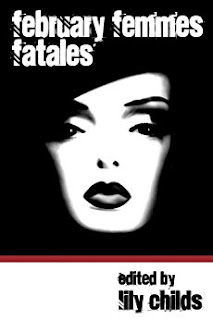 4    Do you tend to stick to a genre or do you branch out when you’re writing? Is there a genre you’d like to try? Noir/contemporary crime fiction is what I seem to ‘know’, and we should always write what we know, right?  I have dabbled in horror and queer erotica. I wouldn’t mind having a ‘go’ at some sort of sci-fi/fantasy/alternate worlds kind of thing. I have an idea for a story about aa matriarchal fairy (think wood nymph) society where the male of the species are workers, nothing more.

It is solely the females who procreate (an asexual species that produces both sexes) and have relationships. The evil that drove them from their home world has found the Faluans escape portal and now threatens their existence on Earth.

Did you ever write a fan letter to a writer you admired? If so, did they respond? Yes… and no. The author did not respond personally, but I was contacted by his publisher and invited to read and review an ARC of his upcoming novel.

6    Who are the writers you do admire? How much time do you have… lol! Dickens, Daphne du Maurier, Flannery O’Connor, Thoreau, Anais Nin, Virginia Woolf, Elizabeth Barrett Browning, Tolstoy, Dostoevsky… more current writers would be Nicole Baart, Camille Pagan, Ann Wertz Garvin, Katherine Tomlinson, Gregg Hurwitz, Aimie K Runyan. These writers have a keen understanding of the human condition and their stories stay with the reader.  (Editor’s note: I am humbled to be included in such stellar company.) 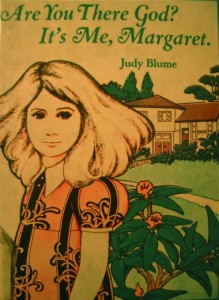 What is the first book you remember reading? I assume we’re not talking Goodnight Moon or Harold’s Purple Crayon, right? Those don’t really count because they were first read to me. I would have to say my first book was Judy Blume’s Are YouThere, God? It’s Me, Margaret. It is certainly one that has ‘stuck’ with me through the years, probably because I learned a few things about myself from that book.

8     Are there some things you write that you wouldn’t want your mother to read (if your mother is still alive)? My mother passed away several years ago, but if she were still on this earthly plane I would hide ‘Chasing Rainbows’ – my queer erotica story. When I was a teen, Mama confiscated enough of those Alfred Hitchcock and Ellery Queen Mystery Magazines to not be surprised that is the genre I write in now. 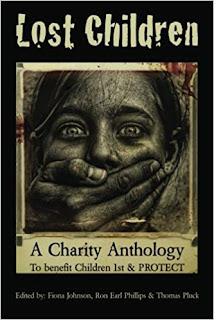 9    What piece of your work are you most proud of? That would be the very first story of mine that was published… ‘Lost But Not Forgotten’, in Lost Children: A Charity Anthology to Benefit Children 1st and PROTECT. How that came about is an interesting little story. I joined an online flash fiction group – Flash Fiction Friday – in 2010 and had been ‘honing’ my writing skills.

F    Flash fiction is a great discipline or any writer, but especially for a ‘new fish’ such as myself. Anyway… there were several established authors in the group and one day I was approached by one of them, Thomas Pluck, inquiring if he might include one of my flash fiction stories in a charity anthology that he, Fiona Johnson, and Ron Earl Phillips were putting together. I think I was walking on air for about a week. The story is only about 700 words, as I recall, but except for my memoir, I am most proud of that story.

1     If you could go on an all-expenses paid vacation anywhere on earth, where would you go? Italy!  Tuscany and Northern Italy. I could do about a month in each region. The art… the history… the architecture… the food! Not to mention the inspiration I could get there. A little Italian noir, eh?

1    You are married to a strong, supportive woman and you speak often and lovingly about your relationship with her. Have you ever gotten pushback from editors who ask you to take out references to your marriage in your bio? Tina is my rock! She more than anyone else encouraged me to pursue writing fiction and has always been my staunchest supporter. 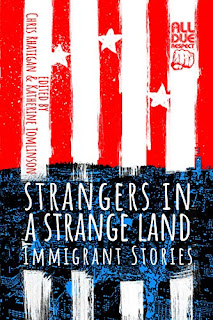 P    Part of my editing process is to read my story out loud – you can pick up grammar errors in particular when you hear the words out loud – and Tina has always found time, even when she is out of town on business, to listen to one of my stories. I have yet to encounter any pushback from an editor, though I suspect I might soon for an article I am contemplating submitting to a particularly conservative website. I could leave that out of my bio, but that feels like hiding and I stopped hiding who I am a long time ago. It will be what it will be.

On the whole, everyone I have been involved with… writers, editors, publishers… have all been not only incredibly supportive of my writing, but also very, very respectful of my personal life. By and large the writing community… and all it encompasses… is very inclusive, open, and supportive of all writers, regardless of sexual orientation/identity, colour, race, gender, lifestyle.

Want to know more about VMLS?

Posted by Katherine Tomlinson at 9:43 AM