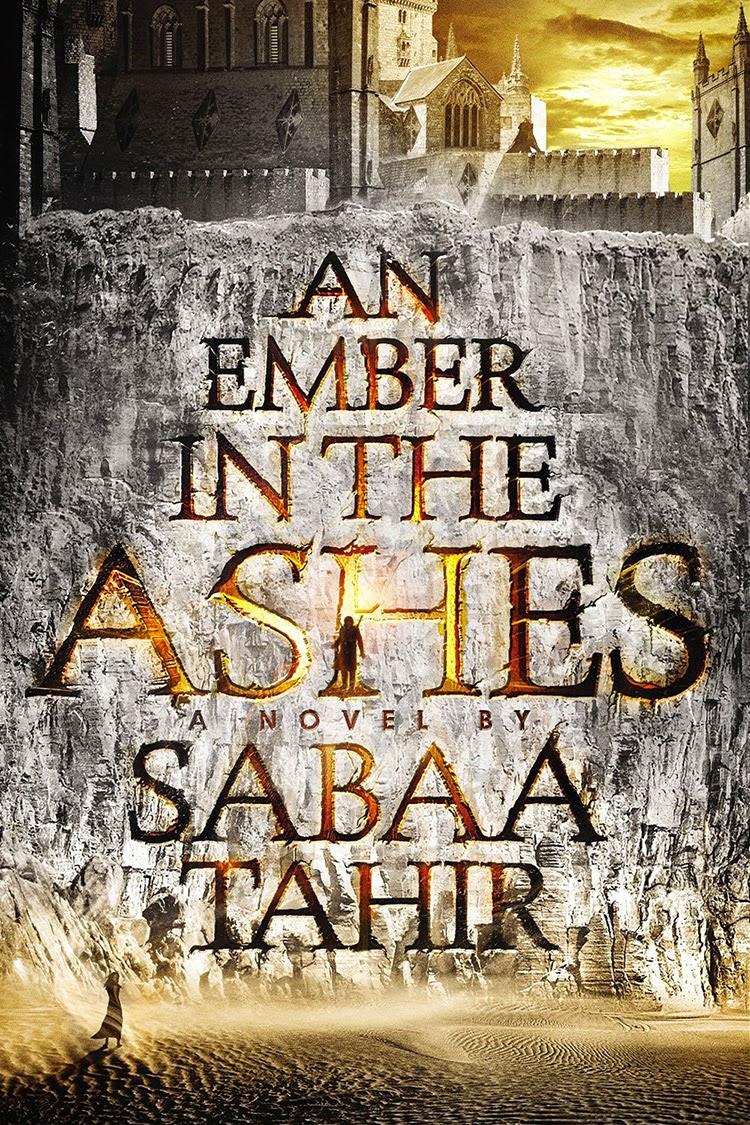 Sabaa Tahir's An Ember in the Ashes is a book that caught my eye long before I heard the hype about it. I tend to be pretty impervious to hype. (I work in Hollywood and before that I worked for magazines and no pitch letter ever began, "This is a mediocre idea with limited audience potential.") I was immediately interested because epic fantasy is so dominated by male writers. I yield to no reader in my admiration for Brent Weeks' Night Angel books but I keep wondering if there's a woman out there writing the same kind of fantasy. (And don't talk to me about that epic fantasy about the girl who is chosen to be a prostitute for people who like to inflict pain. Yes, sacred prostitution served up with exquisite world building It has hundreds of reviews and if I found my daughter reading it, I'd be appalled.)
But Tahir's fantasy is based on ancient Rome and it comes with blurbs and enthusiastic quotes from the trade and popular press. It looks like it has large dollops of romance in there too. Well, who doesn't like romance? it was published today and I'm off to buy my copy.
Posted by Katherine Tomlinson at 12:59 PM