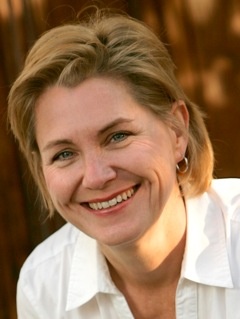 I went to college in North Carolina and I wish I still lived there so I could vote for Deb Butler.Butler's the kind of person I admire. She worked her way through college, according to her bio, toiling at restaurants and on landscape crews and a bunch of other jobs to pay her way through college and law school.
She has run businesses. She has gotten involved in her community. She. Gets. It.
Deb Butler is running for the North Carolina State Senate against Republican Thom Goolsby. Goolsby like his Virginia colleagues, supports mandatory trans-vaginal scans for women seeking abortions. (It's part of the "Women's Right to Know" Act enacted in 2011.)  In her latest campaign ad, Butler holds a transvaginal wand and says, "I think we need to have a candid conversation..."
You can see the article here, and watch the ad as well.
The Raleigh News & Observer (in a massive understatement) called the ad "visually frank."  Butler's opponent has voted to slash funds for birth control  (He's also voted to cut funds for cancer screenings, which is another topic altogether.)
Abortion is such a hot-button issue that at times it doesn't seem like anyone can discuss it in a calm and rational manner. I have a friend, who is long past the age where it's even an issue for her, who is so rabid a supporter of unfettered reproductive rights that it is the ONLY political issue she considers when she goes to the polls. (And no, she never had an abortion.)

Butler's ad is brilliant. She never mentions the word "abortion" but she gets her point across. And the most telling thing is--she skewers her opponent for promising to concentrate on job creation and instead focusing on a side issue. ("He's following you into the doctor's office," Butler says.)
Abortion is a hot-button issue but it's not a simple issue and the rhetoric has gotten so heated on all sides that it's come down to an either-or. You're either pro-choice with no exceptions or pro-life with no exceptions, not even for rape or incest.  And that's a volatile situation.
I know five women (and probably more) who chose to have abortions.  None of those women approached the choice blithely. There was a lot of pain involved in the decision, and tough soul-searching, and more than a few tears. These were not women who were irresponsible about birth control and ended up pregnant because they were careless or thoughtless or ignorant. These were women who chose an option that not everyone would choose. As was their right.
I have never been pregnant. If I had become pregnant when I was younger, I would have chosen to have my child because I had the financial resources to raise a child and I have a strong support system of women AND men who would have stood by me and acted as family for the baby.  I am also lucky enough to work at home so the issue of child care would not have come up.
But if an ultra-sound or amniocentesis test had revealed that I was carrying a baby destined to be mentally disabled or severely physically disabled, I am almost certain I would have chosen not to bring the baby to term. It would have been a heart-wrenching choice but it would have been mine.
It's getting ugly out there ladies. And I fear that abridging reproductive rights (or let's be candid, criminalizing abortion)  is just the first step of a slippery slope.It's probably well to remember these famous words from Martin Niemoller:

Posted by Katherine Tomlinson at 9:52 AM