I'm the one who oversees the blog comments on Dark Valentine, so I've now experienced the phenomenon of people linking to our site just to get their link juice up. More power to people who want their fame to grow but dudes, could you at least be coherent?

Here are a couple of my favorite comments:

I just want to post kindly hi and want to say thanks for enlightened I keep trying to find through the web for some kind of goodpost. like this, or at least a website. That coveredwhat i want to Thank you.

Intimately, the post is in reality the greatest on this valuable topic. I agree with your conclusions and will thirstily look forward to your incoming updates. Just saying thanks will not just be enough, for the fantasti c lucidity in your writing. I will instantly grab your rss feed to stay informed of any updates. Admirable work and much success in your business enterprise!

Thank you very much..that is a very helpful informations for me.I had a trouble in sleeeping few months ago and at the moment I can have a good night sleep.hahaha.I tried so many things to cure it and I did solve my problem.Happy sleeping..just sharing dude.

Are we all speaking English here?
Posted by Katherine Tomlinson at 3:56 PM 9 comments:

My Favorite color is ... RED

One of the things I do for a living is read scripts. In the last year I've read more remakes and reboots than any person should have to read. It's like seeing my childhood in rewind and I didn't expect that to happen until the last moments of my life when the highlight reel unspools.

I also read a lot of comic book adaptations. Most of them are pretty dreadful. (Seriously, what were they thinking with Jonah Hex?) Every once in awhile, though, I read something that tickles my fancy. Like RED.

I enjoyed reading the script a lot more than I expected to, and when I read a second draft, I got even more excited. Then today I saw the trailer and discovered Helen Mirren (that's Dame Helen Mirren, Oscar-winner) had been cast in one of the best roles in the movie.

Check her out. Helen Mirren kicks ass in the trailer for RED.
Posted by Katherine Tomlinson at 11:50 AM 3 comments:

Bread Pudding is Food of the Gods

My friend Berkeley has never tasted bread pudding. For someone born in the south, that is practically incomprehensible. (Once, on a visit to New Orleans, I ate my weight in bread pudding, beginning with the signature souffle bread pudding at Commander's Palace and Ending with the classic dessert at Bon Ton Cafe, which was the overwhelming pick of the cabbies I consulted. New Orleans cabbies know food like Chicago cabbies know sports so I wasn't about to miss what Bon Ton Cafe had to offer.) Recipes for both versions are readily available online, so you can easily try both.

Berkeley's birthday is next Tuesday, so I'll be taking her to a restaurant here in Los Angeles, Les Sisters, that is the closest thing to honest-to-God Southern food you can get. In addition to bread pudding, they also serve sweet potato pie, peach cobbler and buttermilk pie. I had to explain buttermilk pie to Berkeley too. Poor, poor deprived child.

If you haven't had bread pudding in awhile, or never, here's the recipe I learned from my grandmother.

Preheat the oven to 350 degrees.

Combine the milk and butter in a saucepan, stirring until the butter is melted. Cool slightly.

Beat the sugar and spices into the eggs until frothy. Add the vanilla extract.

Combine the egg mixture and the milk mixture slowly. (Make sure the milk isn’t too hot or the raw eggs will curdle.)

Mix in the bread and turn everything into a baking dish that has been greased or treated with non-stick spray.

Don’t pack the bread down too tightly or the “pudding” will compact and get really dense instead of staying moist and fluffy with those delicious buttery, crunchy bits.

Bake for 45-55 minutes until the “pudding” is set. Serve warm as is or add a few spoonfuls of whipped cream.
Posted by Katherine Tomlinson at 8:11 PM 4 comments:

A Blast From the Past!

I was trying to find a link to a story I wrote in InSide Look magazine and one of the things that popped up was a scan of a story I wrote when I was editor of Orange Coast Magazine. It's from 1985. Yikes. The story's about my trip on the Goodyear Blimp, which was one of those events that was just too cool for words. I rode on the Goodyear Blimp. And they actually let me fly it. You can read it here.
Posted by Katherine Tomlinson at 9:29 AM 1 comment:

I live in L.A. where there are a lot of people who bemoan the lack of creative opportunities and talk about the great work they'd do if they only had access to money. I know some of these people and they really are creative but even if they won the lottery tomorrow, they probably wouldn't do what they say they're going to do.

And then there are the talented people at Scared Stiff TV who just decided they were going to do it. Working from a budget that is probably lunch money for a week, they've relied on creativity not cash to get their episodes done.

Some of those episodes, like "The Camera" are extremely inventive. They're working on a whole new set of stories right now, but check out what's up there already.
Posted by Katherine Tomlinson at 12:09 PM 1 comment:

Is this a blog tailor-made for me or what? Crime and recipes. Food and fiction. Check it out here.

And while we're on the subject of food--if you like brownies and you like coffee, you might want to check out the double chocolate mocha brownies over at bellaonline.com's chocolate site. They're really fast to make, use one bowl and combine two addictive substances in one sweet treat. (Hmmm. Can you tell I've been working on my cookbook ghost-writing project this morning? Everything is all about the yummy when you're writing about food.)
Posted by Katherine Tomlinson at 8:53 AM 2 comments:

Certain kinds of repression have been well-documented in the press--the crackdown on internet use in Iran in the aftermath of the last presidential election, for example. But did you know...
right now, if you live in Russia your paypal account only goes one way? You can use it to pay someone but someone cannot use it to pay YOU. What's the logic behind this, do yo suppose? To keep foreigners from financing a coup?
Posted by Katherine Tomlinson at 8:32 AM No comments: 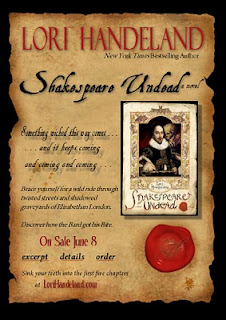 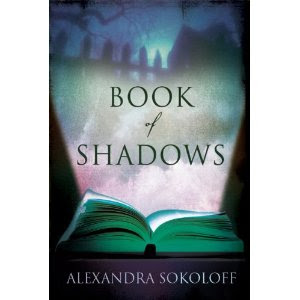