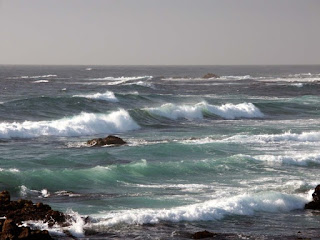 The sun didn’t rise on Thursday.  The blogosphere, which never sleeps, outpaced the news channels in reporting the situation, but CNN had posted a graphic (Black Thursday!) by 11 a.m.  The parade of pundits began that afternoon, with self-styled experts throwing out phrases like “Little Ice Age” and “global hydrological cycle.”

Dr. Nicholas Solarz, whose theories on nuclear winter had been published in the Journal of Geophysical Research, seemed to be everywhere at once, basking in his moment of geek glory. He talked a lot about the surface temperature of the earth being 300 Kelvin and predicted that without sunlight, the temperature would drop by a factor of two in weeks.

When these statements were met by puzzled looks from anchor-people who couldn’t do long division without a calculator, he explained that 275 Kelvin is the freezing temperature of water and that in a month; the planet’s surface temperature would be down to 150 Kelvin.  Then he had added, somewhat unhelpfully, “You do the math.”

But to do the math, people needed to know the difference between the Kelvin and the Celsius temperature scales and have a passing grasp of the concept of “absolute zero” and most everyone had enough problems just converting Celsius to Fahrenheit.  Also, a fair number of viewers thought Dr. Solarz was saying “Kevin” and wondered who he was and what he had to do with anything.


Shows that couldn’t book Dr. Solarz counter-programmed with G. Taylor Wells, a contrarian Canadian climatologist whose business cards proclaimed him a “prophet of doom.”  Wells told everyone who would listen that the lack of sunlight would precipitate climate change that was unprecedented in speed and amplitude in all of human history.  No one was quite sure what “amplitude” meant but they were pretty sure it wasn’t anything good.

A TV weatherman in Los Angeles started blogging about the apocalyptic weather caused by the extreme temperature gradients along the coast.  By Saturday night, his site was the hottest URL on the Internet.  Unfortunately, he drowned early Sunday when a freak cyclone slurped him off the Santa Monica pier and dumped him offshore.

The global electric grid, overtaxed by 24/7 demands for light and heat, began to falter, then failed completely by Tuesday.  After that, there was no one to chronicle the deaths that followed or document the change as the living evolved into something better suited for survival.

Posted by Katherine Tomlinson at 10:53 PM