Such a Sensitive Boy...flash fiction for a cold November day

SUCH A SENSITIVE BOY by Katherine Tomlinson

I wish Devin wasn’t such a sensitive boy, Marla thought as she watched her son happily chow down on a plate of store-bought chocolate chip cookies and a glass of skim milk. The cookies were a rare indulgence, a reward for the good grades he’d brought home on his report card. Marla didn’t want Devin to end up squishy fat like some character on a redneck reality show. (Like his daddy)
They didn’t have the money to eat organic, but she kept junk food out of the house as much as she could, trying to steer the boy away from the greasy fried pork rinds his father favored and toward apple chips and veggies with humus. Not that she called it “humus” around Lee, lest it set off a rant about “Ay-rab food.”
Her mother-in-law thought she was being mean denying Devin sweets, so whenever the boy went over to his nana’s, Marla felt like she had to search his backpack for contraband when he came home.
It annoyed her that Barbara wouldn’t respect her wishes. “It’s my job to spoil my grandbaby,” her mother-in-law always said. “A little love never hurt anyone.” Then she’d give Marla a significant look. “It’s no wonder he such a sensitive boy.”
Marla’s husband wasn’t much help. Lee still ate breakfast at his momma’s nearly every morning because she’d make him sausage gravy and biscuits like he liked while Marla and Devin ate yogurt and fruit.
Lee had voted for the president who’d won and ever since election night, he’d doubled down on being an asshole, like he was sure any minute a Mexican Muslim was going to show up in Huntsville and take his job as produce manager at the Winn-Dixie.
Not that it was much of a job any more. The store had cut his hours last spring and he still wasn’t bringing in a full paycheck.
Marla had been an inventory clerk at Redstone Arsenal before she got married, but Lee didn’t want her working “outside the home,” even though they could have used the extra income now that Devin was in middle school and didn’t need so much supervision.
“No wife of mine is going to work,” Lee had declared even as he sold off their washer and dryer to cover the rent one especially lean month.


Marla hated having to do her laundry over at her mother-in-law’s house.
Marla had finally opened a PayPal account and started taking data entry jobs she found on Craigslist. Lee didn’t know about her side hustle and she intended to keep it that way
Money was a sore spot with Lee. He’d never forgiven her for the time she’d borrowed from an old friend (an old boyfriend) to pay the doctor when Devin broke his foot playing soccer. (At least, that’s what she’d told the doctor.)
“You could have just wrapped it up in an ace bandage,” Lee had complained. “It would have been fine.” He’d taken the six pain pills the doctor had prescribed for Devin and sold them. When she asked him about that, he’d denied ever even seeing the bottle and accused her of taking them herself.
She’d had to feed the poor kid aspirin dissolved in tequila until it stopped hurting him to walk.
Lee had not been sympathetic. “He’s a goddamn little pussy,” he said.
And then there was the time with Devin’s appendix.
Lee thought the boy was complaining about nothing. “If you don’t quit bellyaching,” he’d said to his son, “I’m going to give you something to cry about.”
When Devin woke up screaming in the middle of the night, Marla had taken Lee’s car keys and driven Devin to the emergency room. They’d wheeled him straight into the OR to take out his poisoned appendix and afterwards she’d asked to see it—a swollen piece of spoiled meat that put her off hamburger for a week.
Afterwards, one of the nurses had wanted to talk to Marla about all the bruises on Devin’s body and the healed fractures he’d seen on the X-rays.
“He’s a clumsy kid,” Marla explained as the nurse looked skeptical.
He’d given her a phone number to call if she needed help.
“We’re fine,” she said and she was wrong about that but she was right about one thing.
Devin was a sensitive boy.
Unlike some of the other boys he hung around with, he didn’t enjoy seeing the stray cats suffer—he just liked the killing part.
So all he did was hit them on their heads with a hammer.
He hardly ever had to do it more than twice.

Posted by Katherine Tomlinson at 12:37 PM 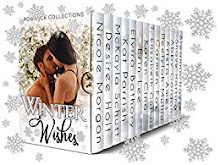 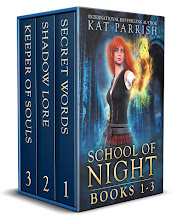 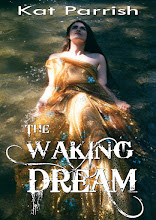