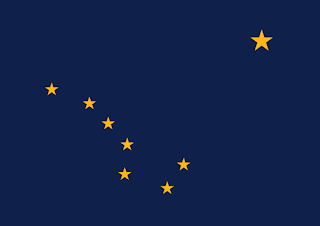 When I was little, I was fascinated by the Iditarod race. (I even had a t-shirt that said, "Alaska, where men are men and women win the Iditarod.") So when I came across a mystery called Murder on the Iditarod Trail, I snapped it up. The author was Sue Henry, one of several women who have well-established Alaska-set mysteries. (Probably the best known is Diana Stabenow who writes the long-running Kate Sugak books.) Turns out there are a couple of other mystery writers who have made Alaska their stomping grounds. I'm a fan of John Straley (particularly his The Woman Who Married a Bear), and I intend to check out Christopher Lane's Inupiat mystery series. 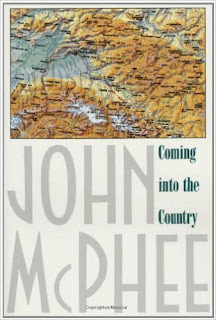 For me, though, the quintessential Alaska book is John McPhee's Coming Into the Country. McPhee is widely known as a pioneer of "creative nonfiction" and I've been a fan of his since I read Oranges. His prose is cut-glass sharp but never pretentious. He's got books with titles so odd they suck you in, like The Deltoid Pumpkin Seed or The Curve of Binding Energy (a brilliant book about nukes) and his topics range from the geology of the West to a farmer's market (the title essay in Giving Good Weight).  One of his best books is La Place de la Concorde Swiss, which is about the Swiss Army and its role in society.Seriously. He will make you care about that.

Coming Into the Country is about both the land and the people on it and it's a grand colletion of personalities and observations. It made me want to visit Alaska more than ever before. Don't let that cover fool you (it looks like it was designed more for graphic impact than to give readers an idea of what's inside) and check it out if you're a fan of elegant writing and interesting subjects.
Posted by Katherine Tomlinson at 10:03 AM